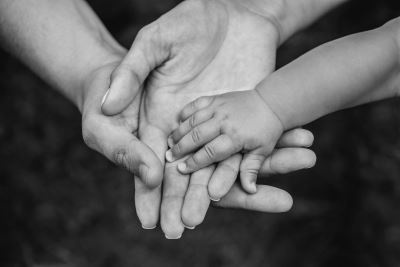 The Benefits of Coordinating Care

Ohio families who have children with complex behavioral health and multisystem needs are finding much needed help through the OhioRISE program that the Ohio Department of Medicaid (ODM) launched in July.

“It can be really complicated and overwhelming working with a child that has multi needs,” Lisa Clark, the state director of care coordination and management at Boundless, said. “OhioRISE provides care coordination, so instead of the parent having to figure out which services are best for their child, where those services are, and scheduling everything, our care coordinators do it all for them," Clark said.

This initiative comes as a response to a lack of services in Ohio for youth who require specialized care.

“Many stakeholders in every county told us that we need to do better for kids who have mental health needs and substance use disorders,” Marisa Weisel, deputy director of strategic initiatives from State of Ohio Medicaid, said. “We had an opportunity; we were making some major reforms at Medicaid starting in 2019 that are just now coming to fruition with OhioRISE,” Weisel said.

Now, just a few months after its inception, families have already begun to react to the specialized care from OhioRISE.

Curtis, who is sixteen years old, was twelve when he was diagnosed with Autism. “Curtis’s healthcare needs are pretty significant; he requires lots of professionals to help him. It was a lot of footwork for me to get all of the people together in what I call Team Curtis, which is all the folks that help us out, including the people at OhioRISE,” Shirley Grey-Nine, Curtis’s mother, said. “As a mother, it is really hard for me to do all of that stuff and work and take care of my family and my household. By them helping with that, it’s making sure that Curtis is getting all of his needs met and that there are no gaps.”

The creation of OhioRISE was the result of analyzing evidence from similar programs in other states such as New Jersey, Massachusetts, Indiana, Arizona, and Tennessee.

“It was important for us to use evidence-based approaches that other states had already tested,” Weisel said. She explained that over a short period of time, a number of governmental agencies decided to invest in a center of excellence, a specific place in the state charged with training and developing expertise in some of the services needed to make the program successful.

OhioRISE was created on the foundation of building a collaborative effort between systems of care all over Ohio. The collaboration to create OhioRISE began at the top of state government with Gov. Mike Dewine, who charged child-serving state agencies to work together,

“It was designed with a collaborative effort knowing that we all serve the same kids and families, and often kids and families are bounced between our systems,” Weisel said. According to her, all systems come together instead of families going to each place separately. This way the experts can discuss and share what methods can help each individual family.

Boundless Health’s role as a Care Management Entity (CME) in Delaware, Morrow, Licking, and Knox counties allows Boundless to act as a “hub” for the delivery of OhioRISE services.

“At first it was a little bit of needing to explain exactly how we can collaborate and what we can do together,” Clark said. “Within months, Boundless had joined together with others to tackle various situations at the micro level, such as providing services from outside counties to families in their home county”

OhioRISE has regional coordinators such as Boundless that help to support connections. “I am Boundless and the work they are doing with Curtis and his family; that’s what we want to have in all eighty-eight counties, we want to ensure that there is a seamless transfer of services,” Hunter said.

The OhioRISE statewide managed care plan, as part of Aetna’s Better Health of Ohio, is designed to offer flexible and customizable care to individual people.

“We made sure that there were people who had experience from multi systems. We wanted to get a blend of care coordinators that could work with each other to be able to serve families that have multiple and differing kinds of needs so that we can make sure that the services they are getting are customized to what they need,” Clark said.

The OhioRISE health plan is structured so that parents and guardians of the children in the program are a part of the conversation.

“The child and the family are really driving their own care. We have the parents as part of the team, we're not coordinating care for them, we’re coordinating care with them,” Weisel said. “Children and young adults who can participate in setting their own goals, while creative minds work together to reach those goals, whether it's for treatment or other goals that serve the child and family long after OhioRISE.”

“It’s allowed us to focus more of our time on spending time together and having those conversations with Curtis,” Grey-Nine said. “They are looking at putting together a youth advising board, and Curtis may potentially be on that. Tonika (Robinson), our Boundless care coordinator, has talked to him about that and he is just like ‘Mama, I’m going to be in a leader position’, and it just makes him feel so good about himself. I may be part of the parent advisory board because I really believe in the services that are being provided for families. We’ve been on this journey for years and we’ve had to suffer through, we’ve had the tears. I've been the mom who's been completely overwhelmed, and if I can help one family to be able to make their journey a little bit easier, I will be grateful to do that,” Grey-Nine said.

For more information about OhioRISE, Visit: