Celebrating 32 Years of the Americans with Disabilities Act (ADA) 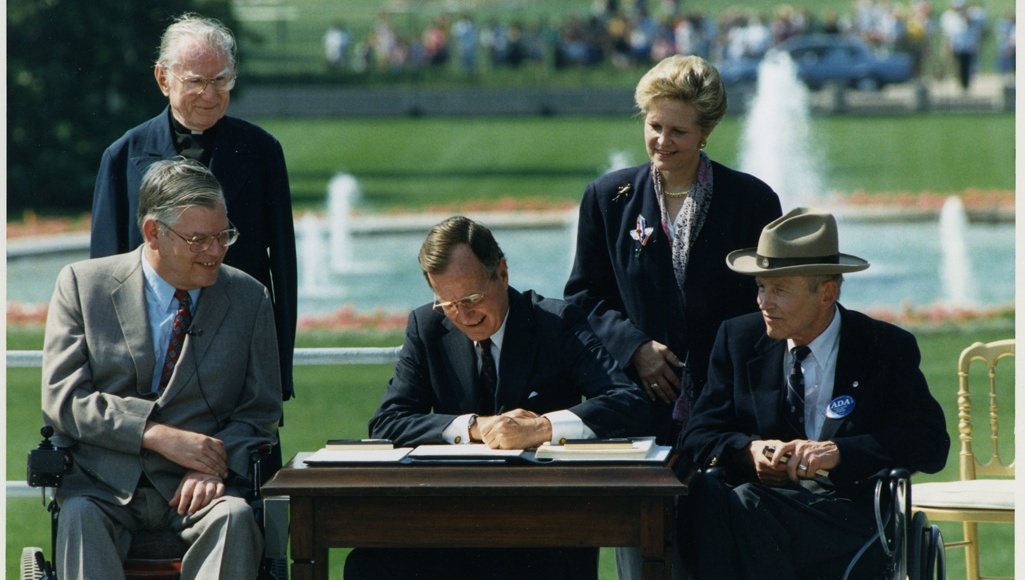 The ADA is a civil rights milestone

On July 26, 1990, President George H.W. Bush signed into law the Americans with Disabilities Act (ADA). Eighteen years later, President George W. Bush expanded on the ADA by signing into law the ADA Amendments Act (ADAAA). These laws acknowledged that missions like Boundless’ are the ultimate goal: a world that realizes the boundless potential of all people.

The ADA protects individuals with disabilities from discrimination. Like how age, gender, and racial discrimination are protected by law, disability status is as well. There are no specific disabilities listed in the ADA, rather, it and the ADAAA state that “a disabled person is someone who has a mental or physical impairment that prevents participation in major life activities.” Both laws state a non-exhaustive list of major life activities, but the ADAAA is much more extensive whereas the ADA leaves some room for interpretation. Some of these major life activities are physical, like seeing, breathing, and walking. Others are intellectual in nature, such as learning, reading, or concentrating. Others yet are a combination, such as communicating, working, or caring for oneself.

In the thirty-two years since the ADA became law, many disability accommodations have become commonplace. For example, handicapped parking spots, push-button doors, and wheelchair ramps were once all but nonexistent and are now familiar to us all. But what about accommodations geared toward individuals with intellectual or developmental disabilities (I/DD)? Are they as commonplace and as recognizable as accommodations for physical disabilities?

Due to the nature of I/DD, which are often not as obvious as physical disabilities, the simple answer is no. Many accommodations for individuals with I/DD aren’t immediately recognizable, at least not in the physical sense. Individuals with autism don’t necessarily need a special parking space or a push-button door. They do, however, often need help remembering tasks or lower noise levels. Those accommodations are now much more common and just as important as more conspicuous accommodations. For examples of sensory-friendly events in Central Ohio this summer be sure to check out our recent article on sensory-friendly events.

The ADA made it significantly easier for individuals with I/DD to advocate for themselves in countless situations. “The ADA has made it possible for people with disabilities to maintain a job without discrimination,”1 said a respondent to a 2015 study by The University of Texas Health Science Center at Houston about the impacts of the ADA. Another respondent from the same study said, “Before the ADA, if you became disabled while you were employed, there were very little options beyond being let go from your job. Thanks to the ADA, employers now need to engage in the process with employees to see if accommodations can be provided. This has helped tremendously also in terms of changing perceptions; people with disabilities can be gainfully employed and can contribute just like everyone else.”

Perhaps the biggest impact on the I/DD community is the shift from a medical approach to care, to a social and environmental approach. In other words, the ADA helped shift the conversation from institutions to nonprofits like Boundless that serve individuals in their communities. That shift began before the ADA was passed, but the ADA protects the right to receive services in the least restrictive environment possible and has made Boundless’ services even more relevant. With deinstitutionalization comes stronger community support and increased control over one’s own life.

In thirty-two years, the world has come a long way in how it views people with disabilities. That is not to say that there is no room for improvement. Laws like the ADA are meant to improve the lives of Americans but are not designed to be a one-stop shop for all disabilities. As we learn more, we must continue to better the services and accommodations available to individuals. We must also continue to advocate for individuals living with I/DD. The ADA was a huge step in advocacy and has bettered millions of lives, but it is not the finish line.

1. Lex Frieden, The Impact of the ADA in American Communities (The University of Texas Health Science Center at Houston, 2015), 7. 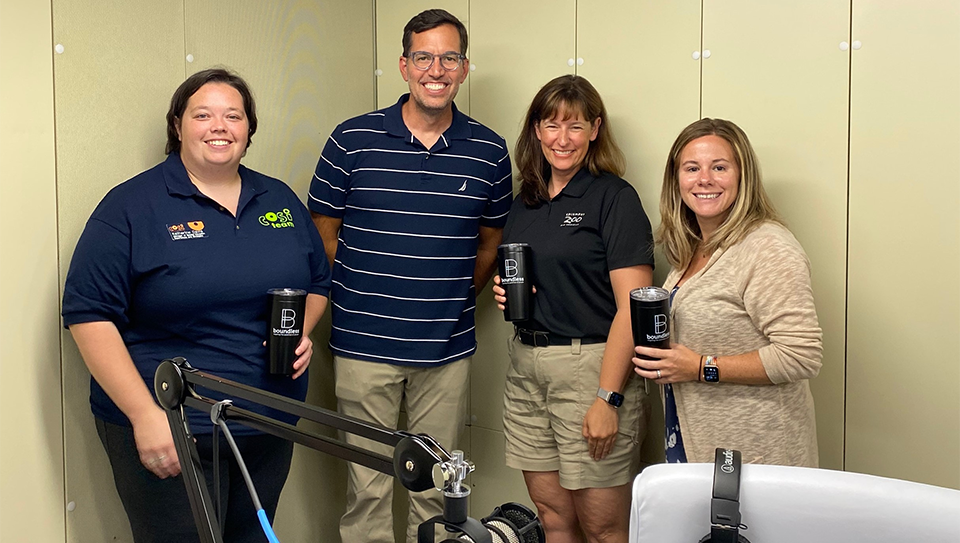 Well-Being Ep 17: Oh the Places You'll Go - Sensory-Friendly Stops
What do COSI, the Columbus Zoo and Aquarium, and The Ohio State Fair have in common? They're all committed to offering sensory-friendly experiences.
Read Full Story 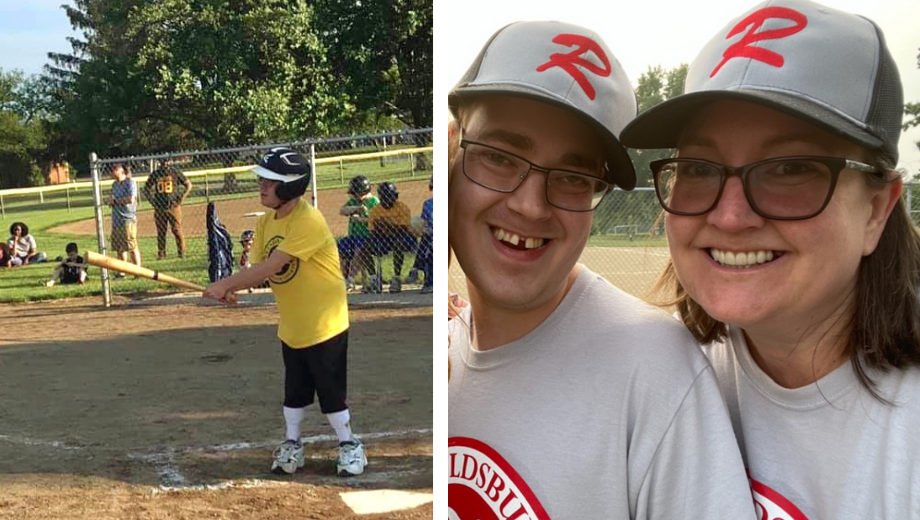 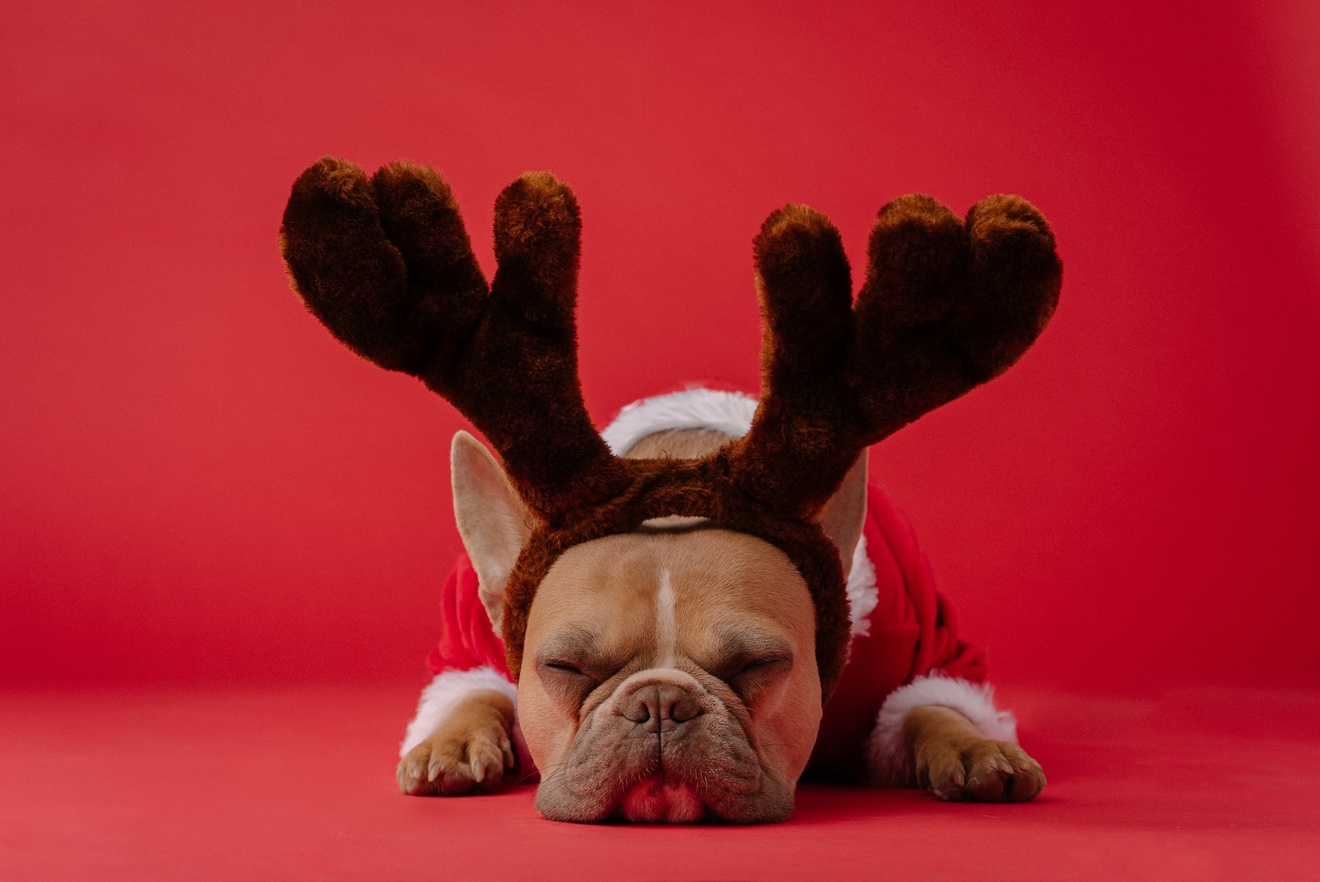 Finding Sensory-Friendly Holiday Events in Central Ohio
Tis' the season for bright lights, holiday music, and festive gatherings with family and friends. Some people really look forward to this time of year, while others can be overwhelmed by the hustle and bustle.
Read Full Story